A month ago, I found myself harnessed to a rope held by an expedition crew member who was, at the time, wearing five layers of clothes shielding from the -15°C winds. I, on the other hand, was wearing my two-piece bikini, ready to jump into the -2°C waters off the Antarctic Peninsula. Why you ask?

It all started in December 2015 with COP21. The successful international outcome gave me hope and made me realise that I, too, had a responsibility to do something. It got me thinking about the ways that I could get involved to help Singapore achieve its commitment of reducing its carbon intensity by 36% by 2030 from its 2005 levels. I could have joined an organisation that fights the haze or help raise awareness about food waste or clean beaches.

However, something bothered me even more about Singapore’s environmental impact: its air conditioning.

It was the first thing that struck me when I landed on the Little Red Dot a few years ago: the unnecessarily cold indoor temperatures, the freezing air in shopping malls and the feeling of slow cryogenisation inside the cinema.

Air conditioners in Singapore are a major contributor to global warming. They represent nearly 40% of our buildings’ total energy consumption, which is adding to the amount of fossil fuels being burnt out to produce that energy in the first place!

And what an impact! In March 2016, the average land and ocean temperature was the highest in records, which was 1.22°C hotter than the average month since 1880 according to the NOAA. So, not only are we too hot in Singapore, the overuse of air conditioners is making the world hotter! And that has an impact on the place that is supposed to keep us cool: Antarctica. If it were to melt completely, it would increase sea levels by 60 metres, submerging most of Singapore.

We do need to stop the melt before it is too late, and the way to do so is to hold the unavoidable increase in the global temperature to well below 2°C. That is why I founded #up2degrees — a local movement to raise awareness about climate change in Singapore. The aim is to get people to set the temperature of their air conditioning up by 2°C.

I joined polar explorer Robert Swan, first man in history to walk to both the North and South Pole, on the International Antarctic Expedition organised by the 2041 Foundation in March 2016, with the hope of spreading that message  The mission of the Foundation is to inform, engage and inspire the next generation of leaders to take responsibility, be sustainable, and know that now is the time for action in policy development, sustainable business generation and future technologies. Larson B Shelfs | Credits: The 2041 Foundation — Sandra Marichal 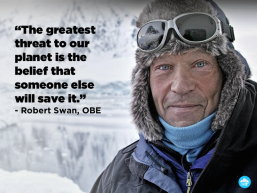 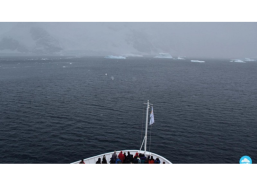 The first sight of icebergs left a lasting impression on me, which was quickly overshadowed by the knowledge that I was setting foot on the southernmost continent on Earth. Credits: The 2041 Foundation — Sandra Marichal

I immediately realised: this place wants me dead. I saw what extreme conditions look like and what danger they pose for the survival of the human race. I felt the harshness of the cold, the lack of oxygen, the anxiety of complete isolation combined with the impossibility of rescue. There, I fell on the ice. I hurt my knee, my hip, my elbow — and they still hurt. I got so sick I was unable to eat anything solid for 10 days. I purged myself from the polluted air, from the processed food, from the concrete madness. I followed nature’s time; I had no watch, just the sun and the light to guide my days. I breathed fresh, pure air. I drank water that was so clean it had no taste at all. I walked where no one ever did and I had this bizarre desire to wipe away the footsteps I left behind and leave the place as virgin and wild as I found it. Credits: The 2041 Foundation — Sandra Marichal 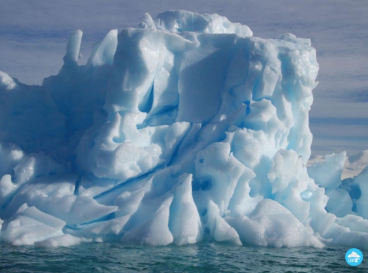 I realised how strong and resilient the planet truly is and how insignificant we are. It became clear: we do not need to save the planet. Instead, we need to save us from ourselves. But I also saw a beauty that only the last wilderness on Earth could offer us. Credits: The 2041 Foundation — Sandra Marichal

Animals that had never seen humans before — most were curious and not afraid of us — why should they? We did not hurt them nor hunt them. And that is how our relations to animals should be. Credits: The 2041 Foundation — Sandra Marichal

Antarctica is a weird place — it feels like another planet, where time ran at a slower pace. It is inviting us to sit, watch and listen. Carefully. It teaches a deep sense of openness, of observation, of scale. Perhaps most striking, it triggers a sense of the present and peace. Credits: Josselin Cordou 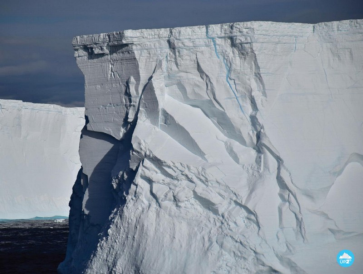 Join the #up2degrees movement, turn the temperature of your air conditioning up by 2°C so the planet does not have to do it for us!

Falling on this Saturday 22 April 2017, here are some  things you can do at Science Centre Group of Attractions!